We would like to offer our sincere support to anyone coping with grief. Enter your email below for our complimentary daily grief messages. Messages run for up to one year and you can stop at any time. Your email will not be used for any other purpose.

Share a memory
Obituary & Services
Tribute Wall
Read more about the life story of S and share your memory.

Growing up in Ukraine during World War 2, Al lost his parents as a young teen. After escaping by bike and train to Germany, he lived in refugee camps where he taught himself English and German. Through a program run by Eleanor Roosevelt, he was brought to Michigan as an orphan. He was eventually adopted by a sweet lady the family called “Grandma Gunther.” Through his efforts with the help of a Senator he sought out, Al was able to locate his elderly Mother in Ukraine and bring her to live with them in the States and in Brazil. She met many of her grandchildren before she passed away.

Al received a scholarship to University of Michigan, and earned an MBA and PHD from Ohio State and Michigan State. Along the way, he became a Fulbright Scholar and won many awards of distinction and accolades for his academic contributions.

In 1957 he met the love of his life, Irene Danylevich, in Boston Massachusetts. They married in Boston and held their reception for 250 people at the Prudential building. They spent 65 years together. Irene and Al traveled extensively and had stints in Brazil, Mexico, Bulgaria, Ukraine, Byelorussia, France, Holland, Belgium, Germany, Portugal and Spain, and many more countries.

Dr. Billon developed and launched the College of Business in Brazil in a program supported by John F Kennedy. He taught International Business, Strategy and Business Policy at the University of Delaware for most of his adult life. He and Irene hosted countless groups of students from all over the world in programs Billon created to teach western business practices to formerly Soviet bloc students.

In addition to his students, many a friend/relative have expressed their lifelong gratitude for the food and care packages Al sent to Ukraine once he was stateside. Many of them shared that he saved their lives. Al and Irene were always hospitable to distant and near relatives who needed a place to stay and launch their lives in the United States.

Al was an active member of the Ukrainian Orthodox Church, and attended services at St. Peter and Paul in Wilmington, Delaware, and at St. Michael’s in Pinellas County, Florida. He is survived by six children: Andrew, Lydia, Natalie, Catherine, Angelina, and John, their 13 grandchildren and two great grandchildren.

To send flowers to the family or plant a tree in memory of S Alexander Billon, please visit our floral store. 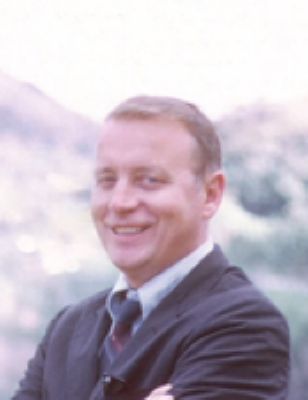 In Loving Memory Of

Look inside to read what others
have shared
Family and friends are coming together online to create a special keepsake. Every memory left on the online obituary will be automatically included in the book.

In Loving Memory Of

Look inside to read what others have shared

Family and friends are coming together online to create a special keepsake. Every memory left on the online obituary will be automatically included in the book.

You can still show your support by sending flowers directly to the family, or by planting a memorial tree in the memory of S Alexander Billon
SHARE OBITUARY
© 2023 Jaqui-Kuhn Funeral Home. All Rights Reserved. Funeral Home website by CFS & TA | Terms of Use | Privacy Policy | Accessibility